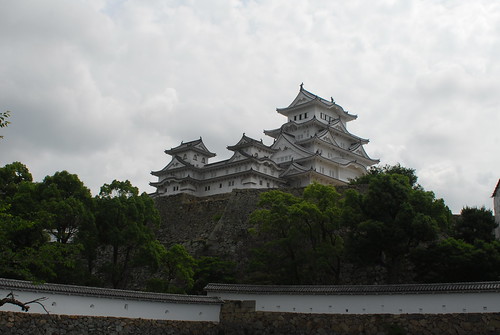 Perhaps somewhat surprisingly, I’ve never been hardcore into Japanese Role-Playing Games (JRPGs), a sub-genre with a large Western following, and I was never obsessed with Final Fantasy – arguably one of Japan’s most successful franchises to receive mainstream acclaim among Western critics and gamers. Rather, my own interest in Japanese games centers on the hack-n-slash, survival horror, and fighting genres. Among my Japanese gaming obsessions were/are Tekken, SoulCalibur, Resident Evil, and Dynasty/Samurai Warriors.

Some might speculate that Resident Evil is a popular and successful franchise outside Japan because its narrative is largely based around Caucasian, North American heroes. Even the diverse casts in Tekken and SoulCalibur are not easily recognized as Japanese in origin which makes these games relatively easy to market in Western regions. Even though these games were created by predominately Japanese development teams there’s not much that’s actually about Japanese culture within these games. Yet other games have inspired my fascination with Japanese history and culture, such as Koei-Tecmo’s Samurai Warriors, which may be true for other gamers who have played similarly contextualized games like Shogun: Total War.

Samurai Warriors features a cast of – you’ll never have guessed it – samurai, daimyo, and ninja warriors set during the Sengoku Jidai period of feudal Japan (c. 1467 – c. 1603). It was an easy series for me to get into seeing as I was already a massive fan of Koei’s other hack-n-slash series Dynasty Warriors (both games are developed by the same studio, Omega-Force, the difference being DW is set during a turbulent period of ancient China). Samurai Warriors, although featuring over-the-top gameplay and impossible one-warrior-against-a-hundred scenarios, more or less stuck to the essential elements of the historical timeline that it represented. Now, that’s not to say that the key players aren’t fantastically embellished nor that plenty of creative liberties aren’t taken. Perhaps most notably, the historical figures adhere to aesthetics found in Japanese anime more so than from the actual historical paintings that document their prestige.

Handsome and anachronistically fashionable bishounen archetypes stand in for fierce, heavily-armored samurai and Oda Nobunaga’s “demon king” moniker is taken more literately in these games. Still, if video games can serve as a gateway for learning about other historical eras, SW did it for me. I purchased books on ninja and samurai and read the fictionalized biography of underdog-to-unifier Toyotomi Hideyoshi, Taiko. In my 11th grade Spanish class, we had to do a report of a famous/notable person and I chose to discuss Oda Nobunaga, the ruthless warlord who nearly unified Japan before he was betrayed by his vassal, Akechi Mitsuhide. These figures are well known in Japan – but to most Americans? Our mandatory history classes in public schools focus almost exclusively on US and European history. The exposure to new forms of history through games and memorable characters was a breath of fresh air, especially since most of the American-made games that I played at the time tended to re-tell the World Wars, ad nausea [Well… at least, Call of Duty used to do that]. 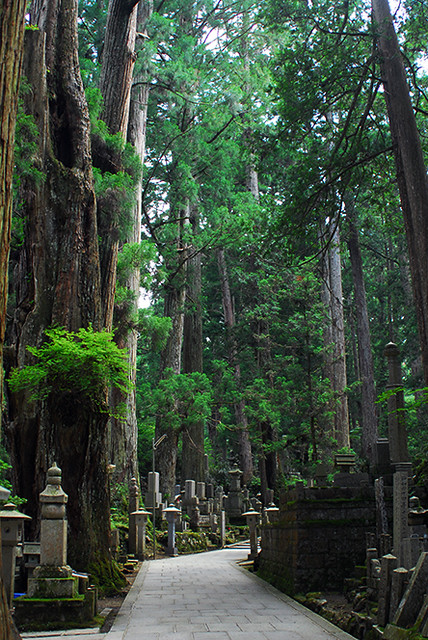 When I visited Japan for two weeks in June, I took it upon myself to witness would I could of that history first hand. After all, even though it was gameplay and the overly dramatic characterizations that initially attracted me to the history in Samurai Warriors, it was the actual events and historical figures that left a lasting impression. At Okunoin cemetery at Koyasan, for instance, I was able to pay my respects at mausoleums and tombstones to many of the fallen warriors and rulers I was initially exposed to in the game series. There was a sense of wonder and nostalgia as I walked through that cemetery, realizing I may not have made the long pilgrimage via train and tram to arrive at that place had I not played a video game.

The same sense of awe saturated my thoughts my first night in Japan, when I skipped Tokyo via bullet train and stayed in Odawara. Most people use Odawara as a stepping-stone to a Mt. Fuji excursion but I stayed for Odawara Castle, a historic site of Hideyoshi’s conquest in Japan – and, you guessed it, featured in the video game. Beautiful Himeji Castle was also part of my trip for similar reasons and while in Kyoto, I tracked down a small, relatively unimpressive temple complex for the sole reason that it was the modern-day location of Honno-ji Temple, the site of Oda Nobunaga’s betrayal and death. 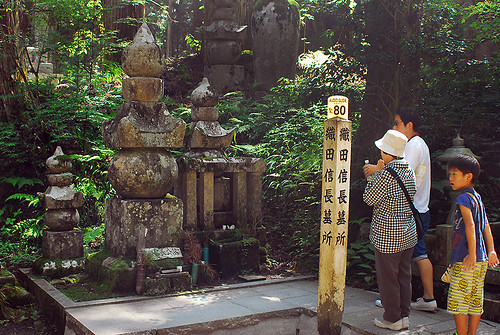 Visitors pay respects at the tombstone of Oda Nobunaga

Perhaps at best video games are a gateway to other eras, other cultures, but I think they’re a particularly potent gateway. Having played my first Samurai Warriors game over ten years ago (the first one released in 2004 when I was 14!), the history has made a lasting impression that influenced my Japan travel itinerary at the age of 26. And while Japanese games might reveal only a mediated representation and understanding of a ‘real’ Japan, visiting and reflecting at these historical sites certainly brought me closer to understanding the authentic thing.

Click on the Images for the Full Photo Albums 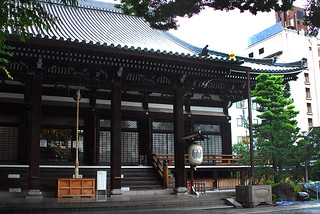 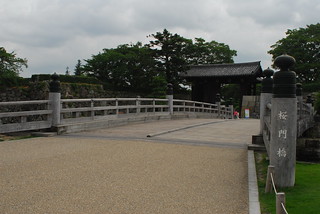